From my great, great uncle serving in France during WWI, my Grandfather's service during WWII in the European theater with the 30th Infantry division and two of my Uncle's service in the U.S. Army and my Father's service aboard the USS Interpid during the Vietnam War, to my own service in the U.S. Army's field artillery during the Cold War, I personally know what sacrifices veterans have made regarding their families and our country.

I grew up in north central Minnesota and graduated from high school in 1988. Two months after graduation I went to Army basic training at Ft. Sill, Oklahoma as a 13B (cannon crewmember-Field Artillery). After completing eight weeks of basic training and five weeks of cannon crew member training under the "One station unit training" (OSUT), I PCSed to then West Germany where I servered on the 8" self-propelled Artillery piece (M110A2 - 203mm cannon) and was stationed there for my entire enlistment. 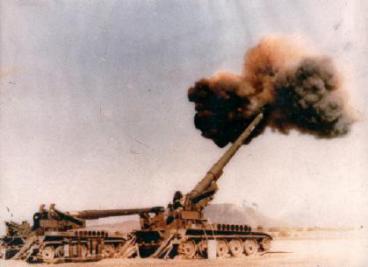 During my enlistment, I ended up rupturing two discs in my lower back from lifting Artillery rounds, blowing out my knee, and fracturing both of my ankles. Shortly before I ETSed from the service, I underwent lower back surgery at the Landstuhl Army Regional Medical Center in Landstuhl, Germany. After leaving the military I decided to stay here in Germany where I have been ever since.

As a disabled veteran myself I know how important one's benefits claim is to them and their well-being. When I represent another veteran before VA, I always have the best interest of that veteran in mind. I have been involved with the VA claims process for the past sixteen plus years. After realizing how little support and competent representation was available to U.S. veterans living not only here in Germany, but in Europe and abroad in general, I decided to obtain my accreditation from VA's Office of the General Counsel in the hopes of providing that service. I look forward to serving fellow veterans, regardless of where they reside, in the capacity as an accredited claims agent to secure their benefits they have earned by serving our country.